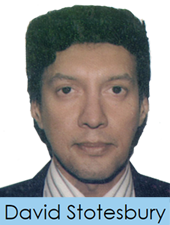 David is a barrister who specialises in fire law, such as the Regulatory Reform (Fire Safety) Order 2005 (The Order). He received his degrees from London and Cambridge Universities and was called to the Bar by Gray's Inn

David worked as an in house counsel for the London Fire Brigade – then the London Fire and Civil Defence Authority – from 1987 to his return to independent practice in 1996. At one point acted as head of enforcement for both the LFCDA and the London Waste Regulation Authority (which was later absorbed into the Environment Agency). Successful prosecutions included defendants of the calibre of Fords, the Inn on the Park Hotel, the Gianni Versace flagship boutique in Bond Street, and London Underground.

David currently practises as an independent barrister with a range of fire service clients and clients from the private sector who have instructed him include Herbert Smith (now Herbert Smith Freehills), Bond Pearce LLP and Ashurst LLP. David represented Northamptonshire Fire Service in the first appeal of the landmark case, City Logistics, which was won. He represented Mid and West Wales in the appeal of Edward Harris, which held that holiday homes fell within the Regulatory Reform (Fire Safety) Order 2005 (FSO); and subsequently David led in the preparation for Hampshire Fire Service’s prosecution of the Co-operative Group, which attracted fines of £210,000.00; and in the preparation for the prosecution for Tyne and Wear Fire and Rescue Service of the responsible person for the Donwell House Care Home, which attracted £380,000 in fines. David has been the legal adviser in 2 of the leading Determinations under Article 36 of The Order by the Department of Communities and Local Government: Smoke Detection in Bedrooms in a Hotel (where Premier Inns successfully challenged a notice served by a fire service) and self- closers on fire doors in a care home, where he was instructed by Avon Fire and Rescue Service. His clients were successful in both Determinations.

David has been a visiting lecturer at the Fire Service College since 1998. He has lectured on range of legal matters connected with courses: Hazardous Materials, Prosecution Procedures, Fire Investigation and legal aspects on the Station Manager’s Course.

David was the legal advisor in relation to the work commissioned by the Department of Communities and Local Government: Legislative Base for Integrated Risk Management Plans.

Because of his specialism in fire safety law, the Institute of Fire Engineers (IFE) has made him a Fellow, and he was chosen – along with Professor Rosemarie Everton – to deliver the inaugural lecture for the Worshipful Company of Firefighters, introduced by the Lord Mayor of London.

After the Grenfell Fire, David has advised on legal issues connected with matters like cladding on high rise buildings and jurisdiction over such premises. He advises fire services on appropriate changes to the fire safety legislation.

A register of barristers is provided on the Bar Standards Board Barristers’ Register page.